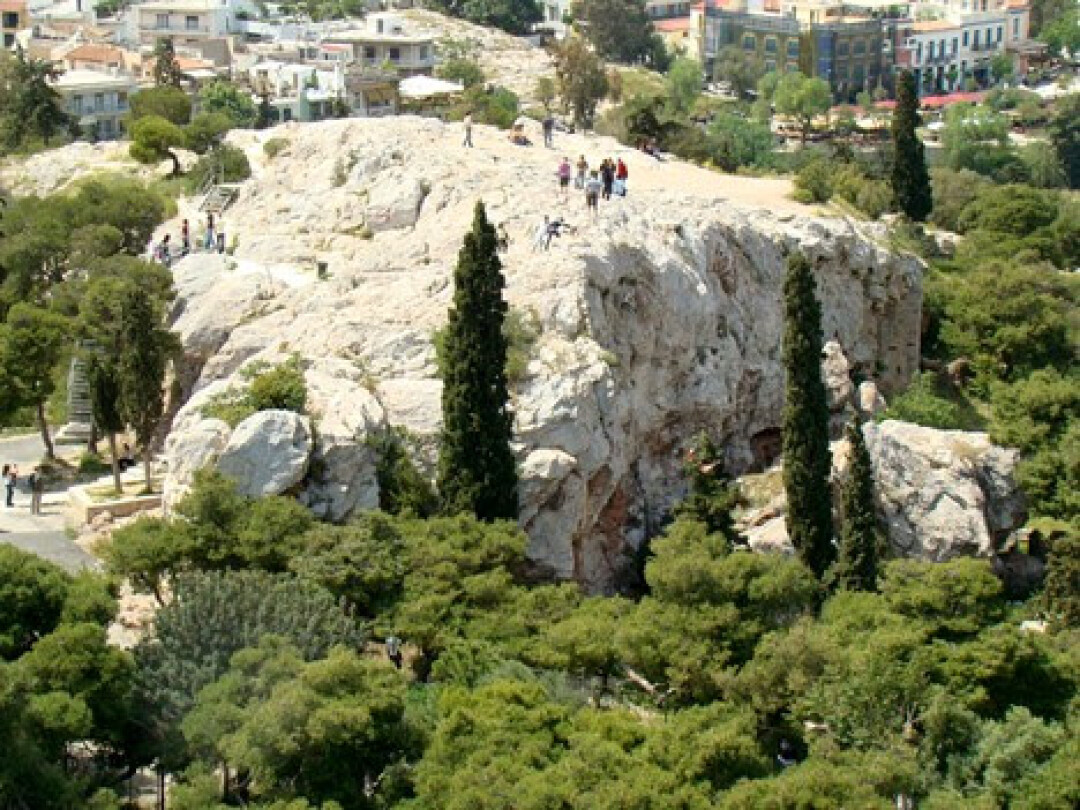 The picture above is the Areopagus (Hill of Ares, the Greek god of war) taken from the Acropolis in Athens. The Areopagus is on the edge of the ancient marketplace where Paul would have seen the Altar to the Unknown God (read Acts 17:16-34).

As I clambered over this rock, I was struck by the fact that Paul, in 52 AD, would have looked up from this area and seen the Acropolis with the Parthenon that was already 480 years old (see the picture below of the Acropolis from the Areopagus). What hope did Paul have that his "new teaching" about Jesus and the resurrection would have any impact on this ancient city? Paul was not overwhelmed by the antiquity of Greek culture or by the learning of his hearers. He knew one thing they did not know. He knew that Jesus had risen from the dead. That was the focus of his testimony.

We serve as missionaries to a culture that is always searching for answers just like the Athenians. We know what many of the learned of our day do not: Jesus has risen from the dead.

Like Paul, let's listen and learn about the individuals to whom we hope to testify. He began where they were... the altar to an unknown god. He found out what they knew and built from there.

Like Paul, let's not get discouraged by "numbers." Paul’s ministry in Athens didn’t have spectacular numerical results. Your ministry to family, friends and co-workers may not have great results either. But you may be laying the foundation for a faith that will blossom much later, as the Christian faith did in Athens in the centuries to come.

Don't Focus on the Numbers 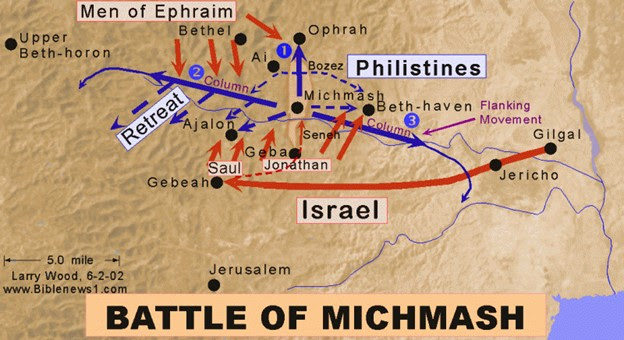 Saul had good reason to be afraid.

When Samuel didn’t seem to be coming on time and Saul saw that the numbers of his troops was decreasing, Saul took matters into his own hands.

Contrast that lack of faith with his son Jonathan’s faith. “Nothing can hinder the LORD from saving, whether by many or by few.”

We have good reasons to be afraid now too. The enemies of God's church -- all the ways that the devil can lead people away from Christ -- are legion!